The Cutting Edge showcases some of the most gripping chemistry ever seen on the big screen as D.B. Sweeney (Doug) and Moira Kelly (Kate) strut their stuff both on and off the ice. Fiery chemistry between an arrogant ex ice hockey player and a rich snobby figure skater who can’t keep a partner sets the screen ablaze with a tension that spans the entire film. 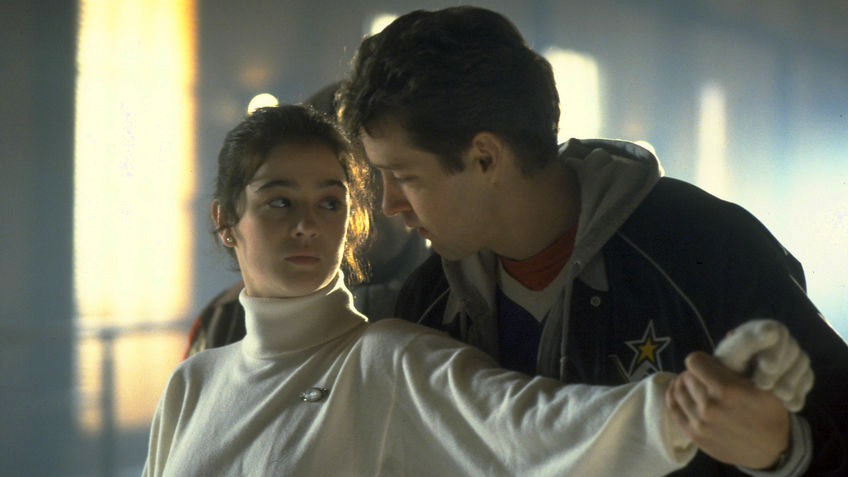 The Cutting Edge is an inspirational sports movie, a wonderful romance and an uplifting crowd pleaser. It depicts two individuals from different worlds who loathe each other reluctantly joining forces in a bid to win an Olympic medal. The dialogue between blue collar worker Doug and spoilt rich Kate is incredibly witty, hilarious and believable as their conversations resemble something akin to a dirty alley cat in a heated exchange with a haughty stuck up show cat. You can feel the underlying sexual tension every step of the way, which is a real draw card.

I’d never heard of this film until one night, I rocked up at the Drive-In with a group of friends and family  to see whatever was playing that night.  Once the film began and some realised ice-skating was involved, there were exasperated moans and groans.  By the end of the film, the whole tribe were completely won over:  “brilliant film”, “loved it”, “wow, I didn’t expect that”, “that was a really great film” and so it went.  I, myself am not ashamed to say (although perhaps just a tad embarrassed) that I have watched this film almost every year since its release.  I even own two copies. 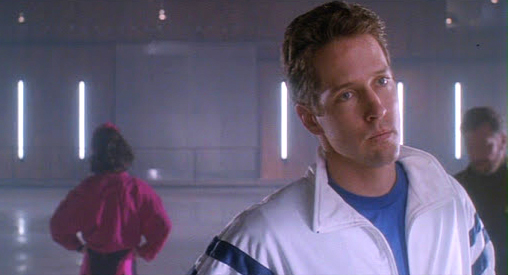 For other screen writers, filmmakers and actors, this movie could well serve as a lesson in how to create onscreen chemistry.   For the viewer, we get the live a kind of fantasy relationship that you might read about in a superbly written romance novel.  Then we get to experience honing our skills, making sacrifices and reaching for the ultimate sports destination – the Olympics.  Turn off the lights, put on the film, and go on this journey.

Most men may be surprised at how much they enjoy The Cutting Edge and Doug’s smart wise cracking comments which take ice queen to boiling point. All the men I know that have seen this film, have unexpectedly loved it as much as the women.  You could hate ice-skating and still love this movie. 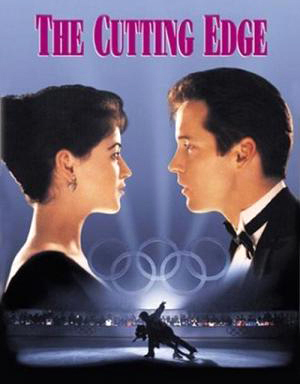 The filming of the skating sequences is seamless, and there is never a moment where you can tell a double might be onscreen.  Charismatic, engaging and wonderfully directed, shot, and edited with great skating action, The Cutting Edge doesn’t need any bells and whistles to capture an audience – the pieces all fit, the soundtrack is great , the dialogue scintillating and the chemistry between the lead characters are unforgettable.